Last week, my lecturer asked us to study about Linux command. However, studying about command line was not one of my favorite things, but at that time my friend suggested that I study Linux command from a game on the web called OverTheWire: Bandit.

This game consist of 26 level that encourage us to explore some of fundamental linux command that might be useful for us later on. It is a pretty interesting game.

Below is some of the screenshot of how to play it.

First, open the link that has been given above. Then a page like the picture below will appear.

To be able to solve it you need to open your linux command prompt and start following the instruction.

Then, go to your terminal and type the command. 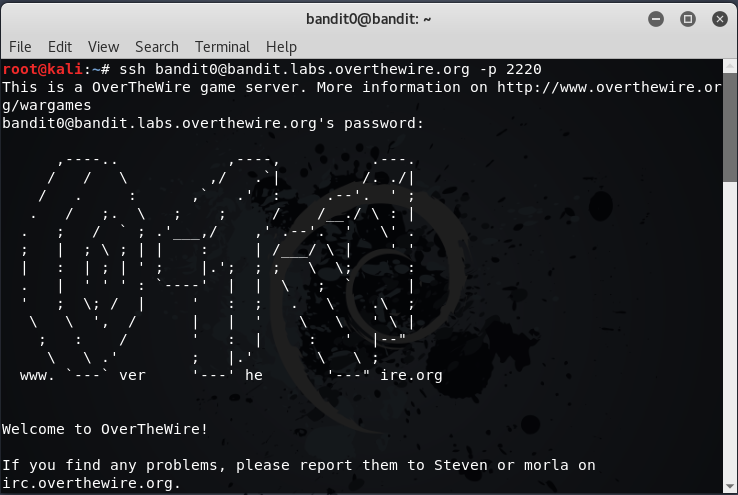 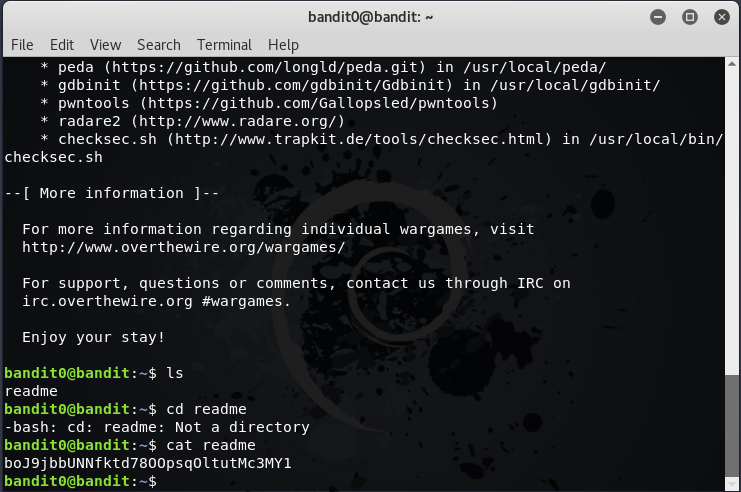 If you do not know what command to be used from the command suggestion list, you could always type the man < command you want to know > and press ‘q’ to exit or help < command >

Below is the cheat sheet from bandit 0 to bandit 7 password, it will be updated later.